Wide Awake is an independent festival for music fans looking for something different. Expanding to a two-day event for 2022, it embraces leftfield Indie, Post Punk, Electronica, Techno, Jazz and more. Expect a musical melting pot of critically acclaimed sounds.
Friday May 27 has an emphasis on electronica, with a headline set from Bicep. Other highlights on a leftfield electronic line-up include Caribou, Leon Vynehall, Optimo and Working Mens Club, with Bugged Out!, Snap Crackle and Pop and Corsica Studios curating four stages.

Environmentally conscious, socially aware and musical relevant, Wide Awake’s a party for people who care about music and more. 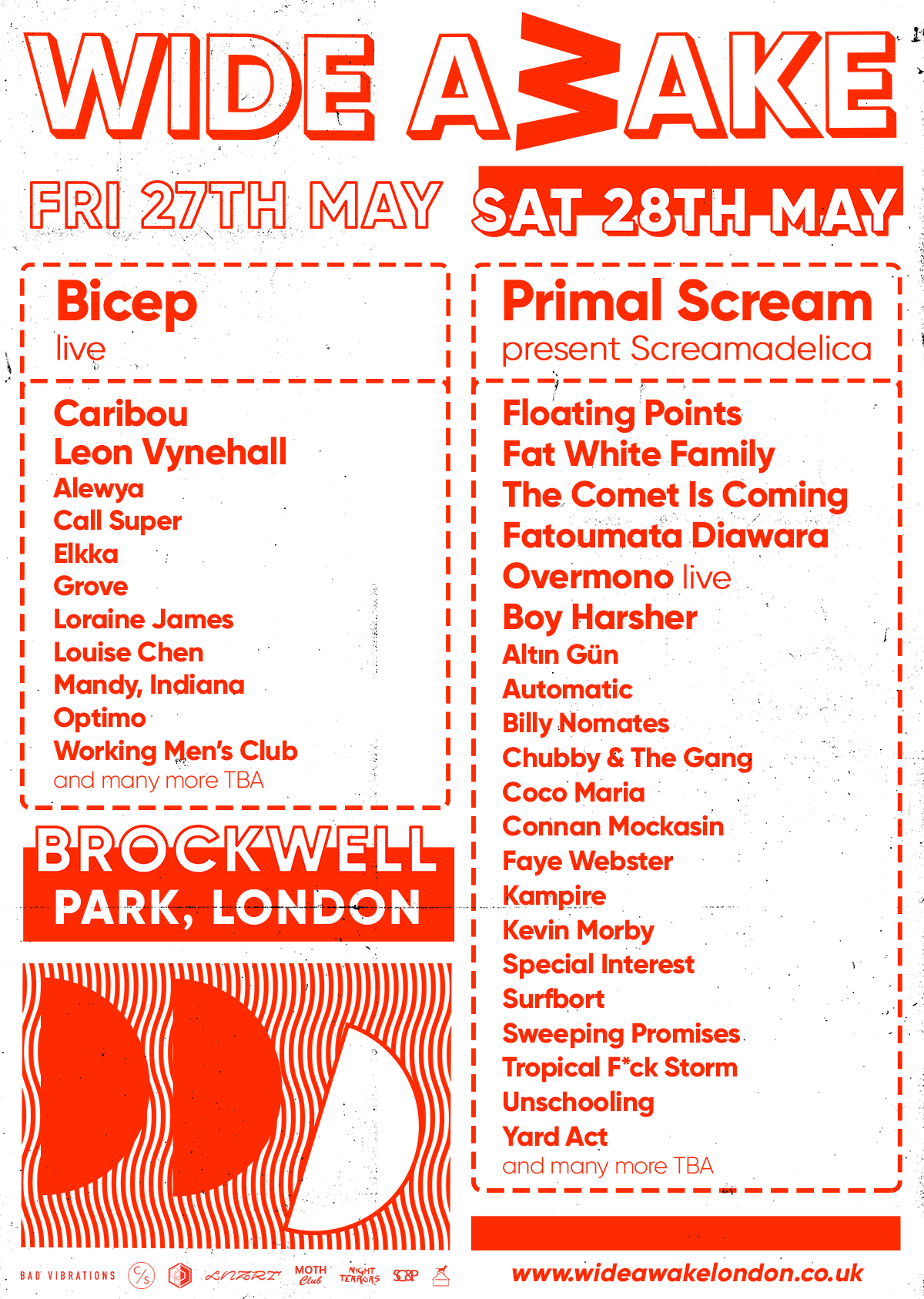