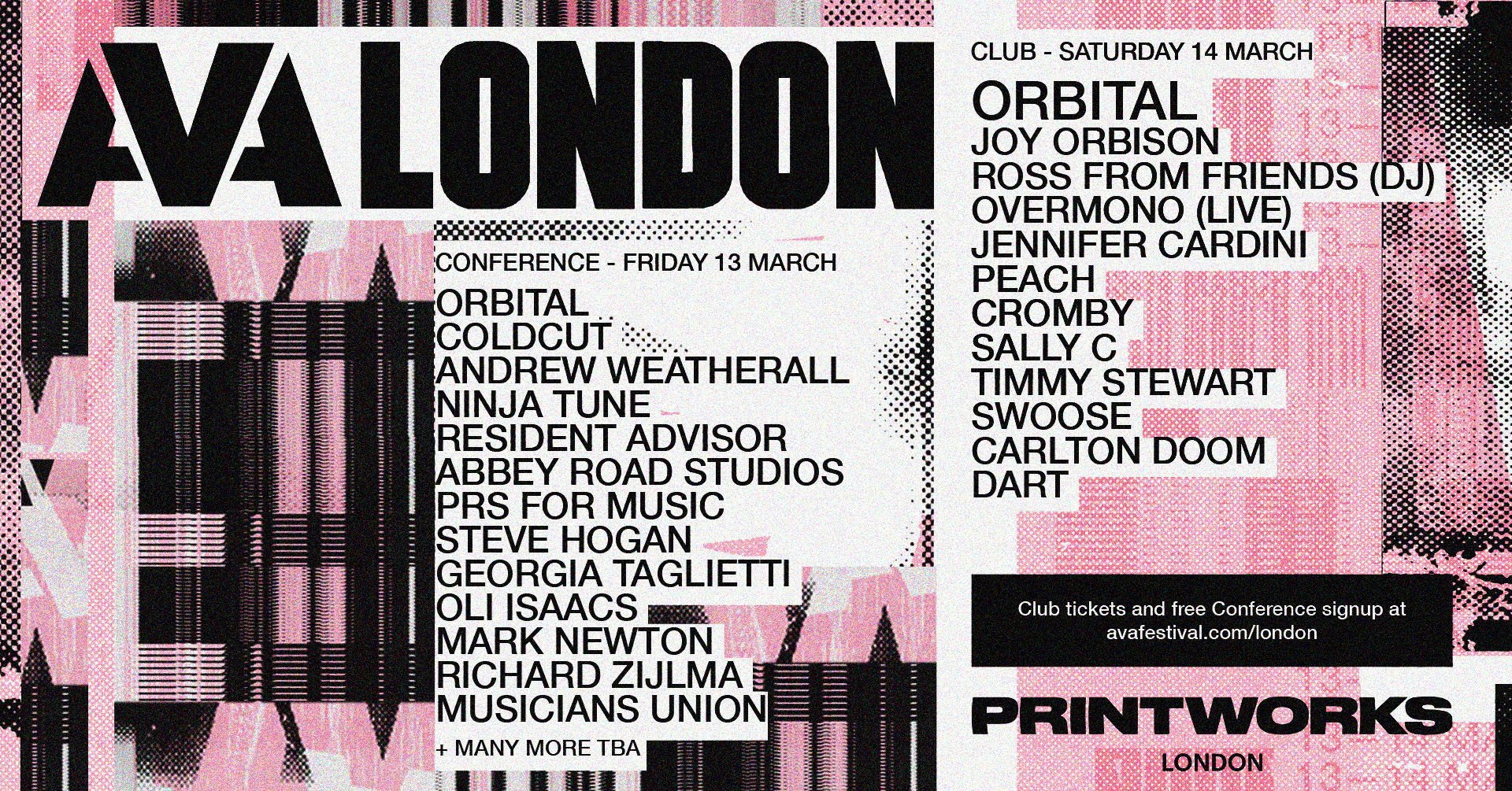 This March, AVA Festival returns to London for a two-day takeover at Printworks.

The beloved Northern-Irish festival will open AVA London with a daytime Conference on Friday 13th March featuring Q&As, keynote speeches from industry leaders and hands-on tech demos to make for an engaging and insightful programme.

This year, the conference will feature keynotes from Orbital as well as an RA Exchange Live with Andrew Weatherall, Ninja Tune founders Coldcut in conversation around the 30th Anniversary of the label, Resident Advisor, Abbey Road Studios, PRS for Music amongst many others.

The following day, Printworks will host AVA’s club event. Headlined by the iconic duo Orbital in their Printworks London debut, they will be supported by a stacked lineup featuring Joy Orbison, Ross From Friends, Overmono, Jennifer Cardini, Peach and many more.

The full programme will be announced soon.